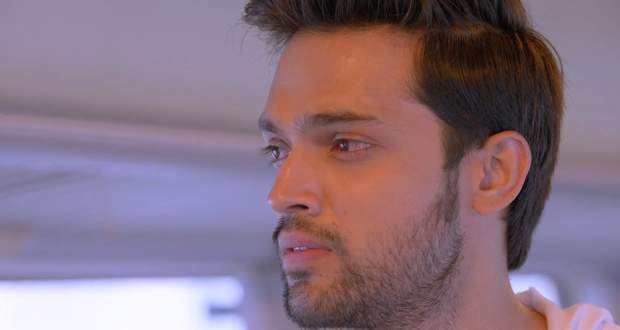 Today's KZK2 25 Jul episode starts with Anurag comparing their love with waves. Prerna tells him to accept reality and move on. She wants him to leave but Anurag wants to take her along.

Bajaj informs Anurag that clients will take a few days to choose the right publication.

Later, Anurag imagines being with Prerna but realizes the reality is different. He also imagines Prerna being happy with Mr. Bajaj.

Meanwhile, Shekhar and Suman discuss Veena’s condition. They decide to cheer her up by taking her for a movie.

Prerna and Bajaj board a train, followed by Anurag. He sits across them and stares right in Prerna’s eyes.

Prerna sits on another seat and Anurag wants to join her but is stopped by Mr. Bajaj. He warns him to stay away and threatens to throw him out of the train.

Anupam is still on his mission to make Nivedita jealous.

Later, Bajaj and Prerna visit the highest point of Zurich where Anurag also comes. Bajaj gets a call and at the same time, Anurag gets a feeling somebody is watching them.

Nivedita gets angry with Anupam for ignoring her and starts yelling at him in the boat.

Upcoming season 2 Kasauti Zindagii Ki (KZK 2) episode update: Prerna slaps Anurag for being persistent to get her back in his life.