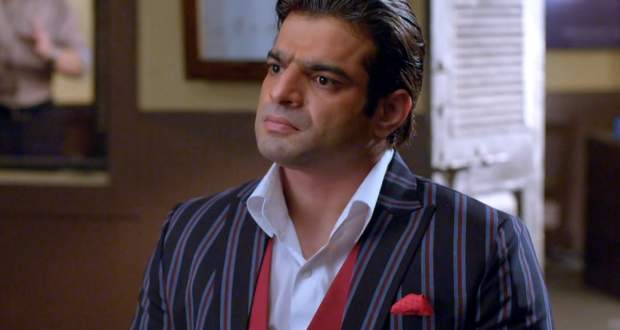 Today's KZK2 25 Jul episode starts with Prerna coming to Basu Baadi searching for Komolika. She reveals that Ronit has kidnapped her sister on Komolika’s demand.

Prerna goes upstairs to search for Komolika and later asks Nivedita about Anurag. Meanwhile, Anurag is in another city for a break and his friend Sid asks him to tell everything to Prerna.

Prerna tells Nivedita that Anurag has planned to kidnap Shivani and is targeting her personally. She also reveals that he tried to kill her 8 years ago.

Nivedita refuses to believe her and tries to call Anurag. Meanwhile, Prerna finds Komolika in the hallway and asks her about her sister’s whereabouts.

Prerna warns Komolika and leaves while later Komolika calls Ronit. She asks him about Shivani and says she will reach the location soon.

Mr. Bajaj reaches the police station while a journalist is all ready to make breaking news regarding the same. Bajaj asks the inspector about not taking Prerna’s complaint seriously.

Mr. Bajaj warns the inspector and asks him to send backup at Prerna’s location. Komolika and Prerna reach the old British factory and Prerna tells the location to police.

© Copyright tellybest.com, 2018, 2019, 2020. All Rights Reserved. Unauthorized use and/or duplication of this material without written permission from tellybest.com is strictly prohibited.
Cached Saved on: Sunday 1st of November 2020 04:10:53 AM