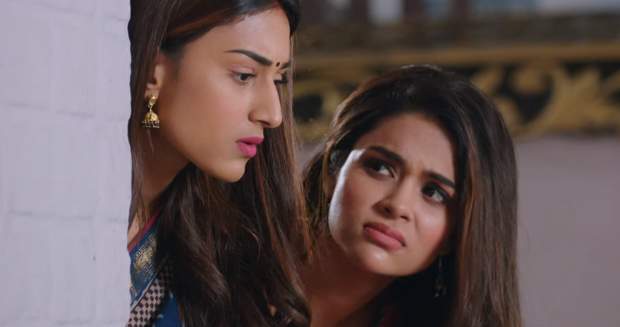 Later, Prerna and Shivani discuss Sonalika aka Komolika. They both decide to collect proof against Komolika in Ronit’s house.

Ronit returns to take his phone while Prerna and Shivani hide in the balcony. They both trick Ronit again to gain proof.

They find an engagement invitation and deduce that Sonalika will definitely come if she is Komolika. Later, Ronit’s in-laws arrive and ask for his sister.

Ronit is not able to reach Komolika while Sonalika is busy in talking with Prerna to ask about the file. Later, Komolika says she will arrive to do the Kajal Ceremony secretly.

Prerna and Shivani get suspicious about Komolika’s phone getting busy at the same time when Sonalika was talking to Prerna.

At the same time, Prerna receives a blank call from Anurag on the landline. He again calls her and enquires about her health.