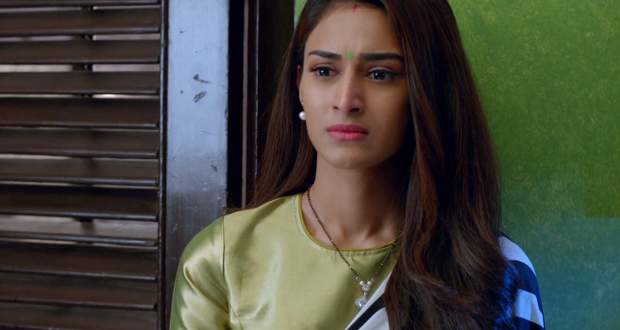 Today's KZK2 25 Sep episode starts with Prerna doubting Bajaj about being a murderer and breaking his promises. Bajaj is innocent and wants Prerna to realize this.

Anurag reveals he came in front of Bajaj’s speeding car on purpose. Anupam is disappointed in Anurag while he wants to prove that Prerna still loves him.

Anurag calls Bajaj a white collared criminal and wants to remove him from Prerna’s life. Prerna listens to everything and gets shocked.

Meanwhile, Tanvi comes to meet Bajaj in jail and wants him to come out of there. Bajaj tells her to go home and focus on her studies.

Prerna accuses Anupam of supporting Anurag and blames him for making a mistake. She feels awful for not believing Bajaj and refuses to talk to Anurag.

Bajaj wants Tanvi to not blame Prerna for anything. He even threatens to send her out of India for studies if she doesn’t like Prerna. Tanvi accuses him of being in love with Prerna.

Anurag convinces Prerna in believing he did it to make her realize her love. He says he will not apologize as he did it for his love.

Anurag further says Bajaj deserves to be in jail as he has exploited many lives. He further reveals that he got himself attacked the other night.

Prerna is disappointed in him and refuses to return in his life. She promises she will bring Bajaj back. At the same time, Shivani comes and takes Anurag’s side.

Upcoming season 2 Kasauti Zindagii Ki (KZK 2) episode update: Prerna tells Bajaj she has learned the truth while Anurag says he will not confess his mistake.