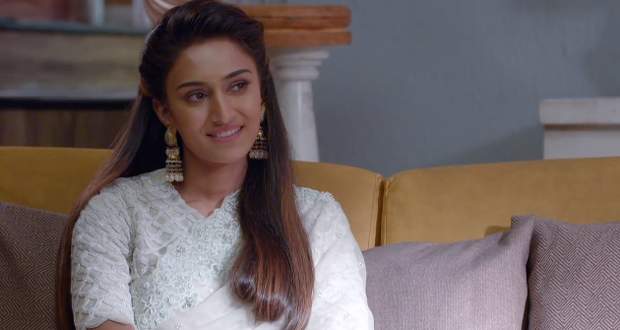 Today's KZK2 25 Sep episode starts with Ronit asking Shivani why she carried out marriage rituals. Shivani says she was blindly in love and thought only Komolika was bad.

She breaks off the wedding and leaves in a cab. Meanwhile, Priyanka accuses Chandrika of being stone-hearted and decides to reveal the truth in front of Samidha.

Chandrika threatens to harm Priyanka’s daughter if she reveals the truth in front of Prerna or Samidha. Chandrika further reveals that she caused the fire and saved Sneha on purpose.

Samidha reveals she saw a nightmare and wishes to talk to Prerna. Samidha wants Prerna to sing a lullaby for her so that she can sleep. Samidha sleeps after listening to Prerna’s melodious voice.

Anurag makes fun of Komolika for losing such a large amount of money. Elsewhere, Priyanka visits Prerna and wants her to adopt Samidha. Prerna gets happy to hear this and likes her idea.

Komolika visits the orphanage and wishes to adopt Samidha. Chandrika refuses to give Samidha while Komolika threatens to kill her. Chandrika asks for 2 crores in exchange of Samidha.

Komolika is ready to give 4 crores but asks her to complete the procedure as soon as possible. Meanwhile, Kuki thinks Kaushik has done wrong with her while at the same time, Kaushik takes her in a private place.

Prerna reveals in front of Bajaj that she wants to adopt Samidha while Bajaj says he will need time to reach the orphanage. Priyanka further accidentally calls Samidha by Sneha’s name. Later, Kaushik admits that he wanted to protect Kuki and confesses his love for her.