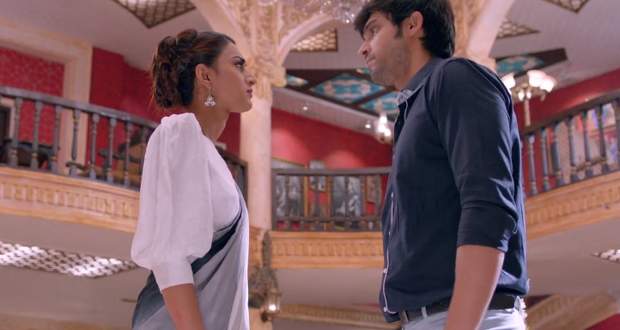 Today's KZK2 26 Aug episode starts with Prerna watching the moon and remembering the times with Anurag. She wonders if Maasiji was right about Bajaj’s anger.

In the morning, Anurag arrives in Kolkata and rushes to the police station to meet Veena. In jail, Veena apologizes to Anurag for Prerna’s actions.

Anurag assures he will get her out and make things right. Meanwhile, Maasiji and Tanvi come to meet Bajaj in the hospital.

Tanvi feels weird when Maasiji cries for Bajaj. At the same time, the lawyer informs Anurag that they have to apply for the bail in the court.

Prerna also hires a lawyer to get her mother out of jail. Anurag confronts Prerna and tells her to leave Bajaj’s family as they are the reason for Veena being in jail.

Tanvi says to Bajaj that she is happy with his condition as she can talk to him. Later, Prerna reminds Anurag that his mother too was the reason Veena went to jail.

She refuses to take any help from Anurag.

Anurag assures that he can hire the best lawyer and has left his London meeting to save Veena. Prerna is still not ready to accept Anurag’s help.

© Copyright tellybest.com, 2018 & 2019. All Rights Reserved. Unauthorized use and/or duplication of this material without written permission from tellybest.com is strictly prohibited.
Cached Saved on: Sunday 19th of January 2020 04:23:56 AMCached Disp on: Wednesday 22nd of January 2020 06:58:14 AM