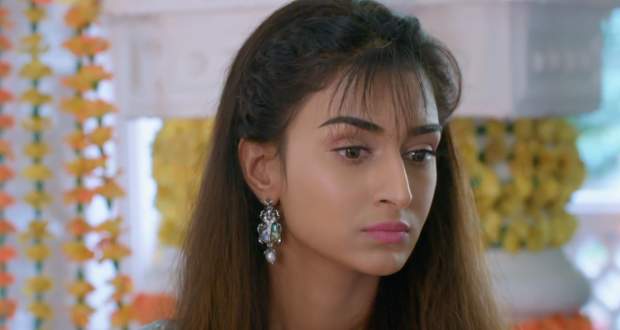 Today's KZK2 26 Aug episode starts with Samidha asking Anurag to treat her wound. However, he is afraid to treat the wound and at the same time, Prerna arrives and pushes Anurag away.

She starts treating her wound while Anurag fights to treat it. Prerna further blames Anurag for Samidha’s wound and both of them are more scared than Samidha.

Samidha makes Anurag put ointment while later Anurag and Prerna start fighting over who cares for Samidha first. Samidha asks Prerna and Anurag if they are husband-wife as they fight a lot.

Anurag and Prerna get quiet and remember their past memories. Meanwhile, Komolika receives some papers for Anurag to sign.

Kaushik feels guilty for causing trouble for Kuki and is happy that investigation has started. Later, Samidha tells Prerna that she has come without telling anyone.

Prerna asks her to lie to anyone and also gives Rasgullas to her. She feels a connection with her as she also likes the same sweet. Samidha shows the dress she likes and also a Chunri in which she came to the orphanage.

Prerna remembers the Chunri while Samidha says it might be of her mother. Later, Komolika distracts Anurag and gets the signature of Anurag on some papers.