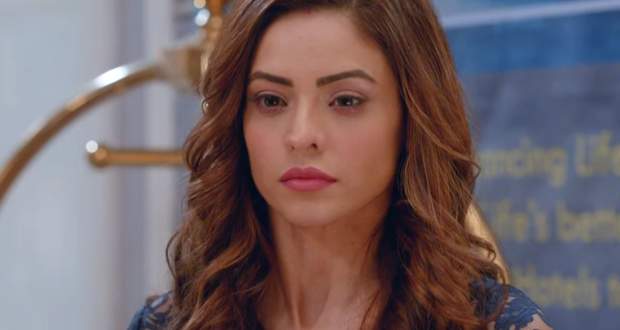 Today's KZK2 26 Dec episode starts with Prerna asking the police to check the whole suite. Komolika tries to stop the checking but fails. The police send them outside and start checking the suite.

Prerna asks Komolika to back out of Anurag’s life. Meanwhile, the police are unable to spot Ronit in the bathroom. Shivani arrives with the doll of Komolika.

Prerna spots Ronit trying to escape and warns the police. At the same time, Anurag wakes up and asks for Prerna. He wants Prerna to hold his hand.

The police are not able to catch Ronit and say they will stay overnight. The next morning, Anurag and Komolika return and Mohini enquires if they found the attacker.

Komolika tells Mohini that Prerna arrived with the police and wanted to spoil their night. She entices Mohini in doing something and Mohini decides to throw Prerna out of the job.

Later, Prerna meets Anurag and wishes to make a homemade medicine for him. Later, Komolika threatens to cut Prerna’s hands if she ever touches Anurag.

Moloy enters the kitchen and wonders what is going on between Prerna and Komolika. Komolika again plants a trap for Prerna and throws marbles on the stairs.