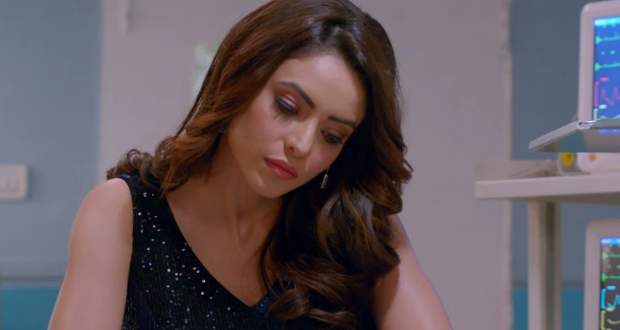 Today's KZK2 26 Feb episode starts with Anurag slapping Komolika in front of everyone. He wants her to speak the truth while Mohini defends her.

Anurag further reveals that Sonalika is Komolika. Prerna tells them that Komolika has come as Sonalika after getting plastic surgery done.

Moloy asks Komolika to leave while Sonalika acts of being innocent. Anurag shows the video of plastic surgery done on Komolika to his family members.

Komolika attacks Prerna with a surgical knife while Anurag stops her. He further puts Sindoor on Prerna’s forehead to show that she is his only wife.

It all turns out to be Komolika’s dream and she decides to steal Prerna’s baby. She wishes to make a deal with her to get her Anurag. Later, Mohini states that Prerna’s baby is not his and says she is not her granddaughter.

Anurag gets angry at her words and asks her to never repeat it again. He asks her to give respect to Prerna to get the same treatment from him.

Komolika decides to kidnap Prerna’s baby and wants Prerna to act of hating Anurag to save her child. Meanwhile, Anurag and Prerna declare their love for each other.

Veena and family arrive at the same time and share their happiness with Moloy and Prerna. The doctor says that the baby has pneumonia and needs blood. Komolika gets surrounded by two nurses who ask her to return the baby in an incubator room.

© Copyright tellybest.com, 2018 & 2019. All Rights Reserved. Unauthorized use and/or duplication of this material without written permission from tellybest.com is strictly prohibited.
Cached Saved on: Thursday 16th of July 2020 07:00:55 PM