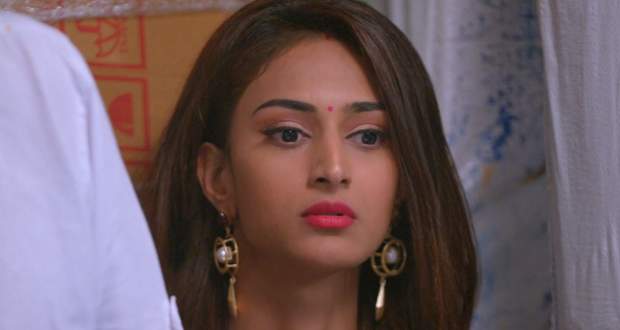 Today's KZK2 26 Jul episode starts with Prerna deciding to talk to Anurag for the last time while Anurag is thinking the same. They proceed towards each other but in between someone hits Prerna on the head.

They try to kidnap her but Anurag saves her. He puts her in the van which is witnessed by Mr. Bajaj.

Meanwhile, Nivedita is still mad at Anupam and decides to break her marriage. During their argument, Nivedita confesses her love for Anupam.

Anurag takes Prerna to a secluded place to confront her. She tells him not to follow her as she is another man’s wife.

Anurag forcefully tries to get the truth out of her but she continues her drama of not caring. She misunderstands him for kidnapping her.

She gets furious and slaps him. He continues to call her Mrs. Basu.

Later, Mr. Bajaj complains against Anurag for kidnapping his wife.

At the same time, Nivedita decides to change her room to stay away from Anupam. He confesses that he did everything to make her feel jealous.

Anurag finds out that the kidnappers have also arrived where they are hiding. They both realize it is Ronit’s voice. They wonder why he wants to kidnap her.