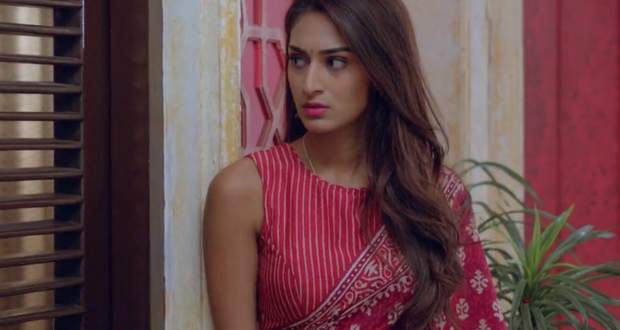 Today's KZK2 26 Jun episode starts with Anurag asking Prerna if she is fine and if he should go.

Anurag on the way sees Ronit and calls for him. Anurag follows him but Ronit enters in Mr. Bajaj’s house.

Anurag enters Mr. Bajaj’s house and sirens start to ring as he climbs the stairs.

Anurag tries to escape the guards but Mr. Bajaj catches him.

Mr Bajaj tells Anurag he should have asked him if he wanted to meet.

Mr Bajaj also tells him to enquire whatever he wants to know.

Anurag enquires about Ronit but Mr. Bajaj says he has met Komolika.

Mr. Bajaj reveals that Komolika gave the file to Mr. Bajaj for taking her revenge.

Mr. Bajaj also reveals that it was Komolika who asked him to destroy Anurag.

Anurag tells Mr. Bajaj that he doesn’t want to do deal with someone who wants to betray.

Mr. Bajaj says Ronit tried to meet him. He also tells Anurag that he is interested in meeting Ronit if he has something against Anurag.

Prerna gives towel to Anurag but he falls on the floor.

Prerna enters the bathroom to help him.

They romance for a while and then Prerna leaves.

Prerna overhears Mohini talking to someone about blackmailing and video editing.

The person in the room reveals that he is the operator who saw Mohini interchanging the necklace from Veena’s box.

He also reveals that he has done a lot for Mohini like deleting her footage, and fitting cameras.

Prerna hears everything including him asking for money.

The camera guys ask why Mohini conspired against Veena but Mohini tells him to leave.

Prerna comes and asks Mohini why she did it.

Mohini says Prerna and her mother deserves it.

© Copyright tellybest.com, 2018 & 2019. All Rights Reserved. Unauthorized use and/or duplication of this material without written permission from tellybest.com is strictly prohibited.
Cached Saved on: Saturday 6th of June 2020 06:43:35 PM