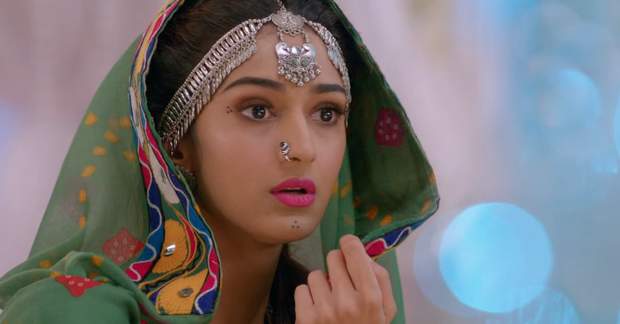 Today's KZK2 26 Nov episode starts with Prerna asking Anurag why he cares about her and her baby. Anurag says she is special for her while Prerna disconnects the phone in a rush.

Anupam takes Ronit’s name in front of Anurag but he doesn’t remember anything. Later, Mohini enquires from Komolika if she is upset while Nivedita wants her to meet an interior decorator.

Tapur accidentally picks up Prerna’s phone and Prerna hears Sonalika asking if it is necessary to go to the interior decorator. Prerna deduces that if Sonalika is Komolika than she will definitely go for Ronit’s engagement.

Ronit attends to his in-laws and waits for Komolika for Kajal ritual. Meanwhile, Komolika mixes something in Nivedita’s water to make her sick.

Komolika leaves alone while Prerna and Shivani disguise as dancers to enter the engagement party. Prerna finds Sonalika at the party and waits for her to perform the rituals.

Shivani enters a room and finds Sonalika doing the rituals done by a sister. Later, Ronit locks Shivani in the room but again enters the room and confronts her.

Shivani acts of being in love with him and asks him to break the engagement. Later, she tells Prerna that Sonalika is Komolika.