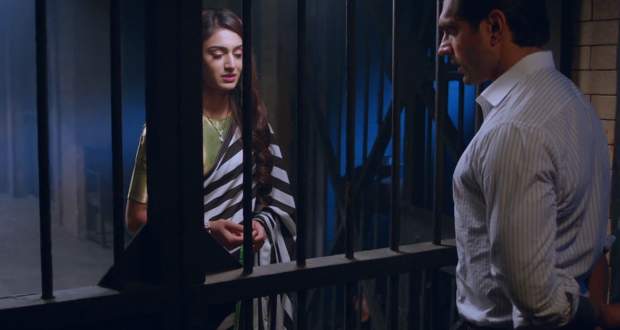 Today's KZK2 26 Sep episode starts with Anurag asking Prerna about what she feels about him. Prerna feels Anurag has changed and declares she will stay with Bajaj.

Shivani wants Anurag to be happy and have concern for him. Anurag is sure that Prerna will do anything to get Bajaj out of jail.

Prerna comes in jail and requests to meet Bajaj. She apologizes to him and says she has learned that he is innocent.

Anurag is adamant to not confess in front of police about Bajaj. Shivani and Anupam hide when Mohini arrives in Anurag’s room.

Prerna says she has learned from Anurag that he didn’t do the accident on purpose. She blames herself for Anurag’s changed behavior.

Prerna again blames herself about Bajaj being in jail while Bajaj doesn’t want Prerna to blame herself for everything.

He reminds her the night when he wanted to tell something to Prerna. He further reveals that he knew about Anurag’s plan with Anupam and recorded it on his phone.

Bajaj wanted Prerna first to realize that he is innocent and then show her the video. He says he has not lied to her and their relationship is made on trust.

Prerna wants him out of jail and calls Mr. Mehra for bail papers.