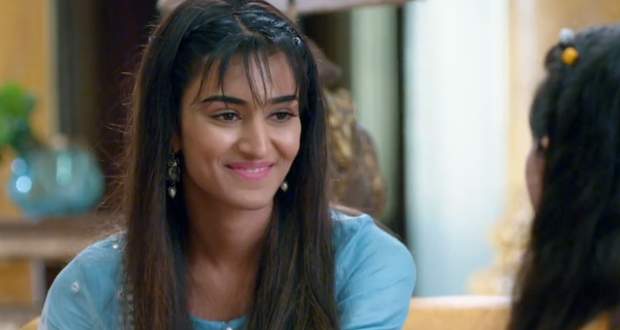 Today's KZK2 27 Aug episode starts with Samidha revealing that she wanted to search for her mother using the Chunri. She thought the Chunri was only with her mother but the market was filled with them.

Prerna consoles herself and promises Samidha that she will help her find her mother. Meanwhile, Komolika is pleased with her plan against Prerna.

She had learned that Anurag was the half owner of the orphanage. She decided to get Anurag’s signatures on the papers that state the orphanage will be demolished.

Prerna decides to get some information from Priyanka about Samidha’s mother. She shares with Samidha that she has also lost her daughter. Samidha assures her that she will help her find her daughter.

At the same time, Priyanka receives a call and learns that someone is demolishing their orphanage. She tells the same to Prerna and Prerna tries to stop the demolition.

Samidha is scared while Prerna consoles her. Meanwhile, Mohini asks Komolika if everything is alright while Komolika reveals she is going to take revenge from Prerna.

The demolition works stops but the Municipal officer states that it is temporary. Elsewhere, Komolika wishes to share her happiness with Ronit but he receives a call from Shivani.