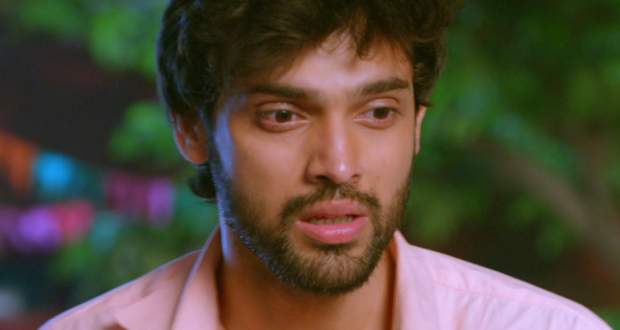 Today's KZK2 27 Feb episode starts with Anurag giving blood to save her child. The doctor later tells Anurag that his blood is not matching to that of the child’s.

The doctor further tells them that Prerna’s blood is also not matching and they need to arrange the blood as early as possible. Anurag goes to console Prerna and says he is going to arrange blood.

Komolika gets upset to hear that Anurag wants to bring Prerna and the baby in Basu Baadi. She goes straight into the incubator room to kill Sneha.

Anurag gets a message from a hospital that they have got blood. Meanwhile, Komolika leaves when Prerna arrives outside the room. Prerna is happy to have her daughter in her arms.

Elsewhere, Anurag gets stuck in the lift of the hospital after getting blood. Later, the nurse asks Prerna and others to leave the room while Komolika again threatens to kill the baby.

She is, however, unable to kill her as the nurse comes and takes her. Anurag tries to take the blood on time but gets stuck in a traffic jam. He further gets out of the car and rushes to the hospital on foot.

However, the pouch of blood falls off his hand and is run over by a car. He later reaches the hospital and learns that the blood has been arranged and their child’s life is saved.

Komolika reveals that Mohini will do her part and will make Prerna realize that her child is not of Anurag.

© Copyright tellybest.com, 2018 & 2019. All Rights Reserved. Unauthorized use and/or duplication of this material without written permission from tellybest.com is strictly prohibited.
Cached Saved on: Monday 30th of March 2020 07:07:03 PM