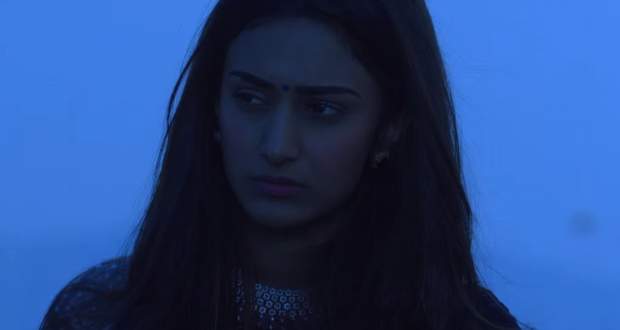 Today's KZK2 27 Jan episode starts with Anurag threatening to kill the goon. He asks him about Prerna’s location and hits him when he remains quiet.

At last, the goon reveals that they have taken Prerna to the cliff. Later, Ronit reaches the cliff along with Prerna and Komolika wants her to be conscious.

Prerna is sure that Komolika won’t be able to harm her as Anurag will come to save her. Komolika wishes to push her off the cliff and asks Jagga to make her stand near the edge of the cliff.

She also points a gun at her and asks her to stand at the edge. She asks her to jump off the cliff while Anurag is on his way to save Prerna.

Komolika wants to try something else and decides to tie Prerna with a rope. She gets the other end of the rope tied to the car and pushes Prerna.

At the same time, Anurag arrives and imagines Prerna falling off the cliff. He rushes to save her while Komolika orders Jagga to just push her off the cliff.

Anurag throws a stone at Jagga’s head while Prerna falls off the cliff. Anurag rushes to save and holds the rope. He pulls her up and Viraj also reaches there.

Komolika also emerges from behind and pretends to help her. Later, Anurag runs after Ronit and asks Viraj to take Prerna home.