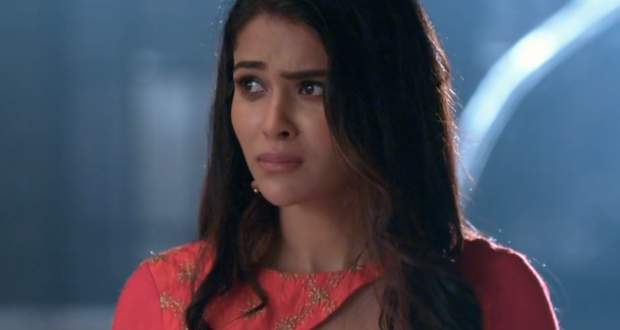 Today's KZK2 27 Jul episode starts with Komolika and Ronit continuing with their plan of trapping Prerna. Prerna arrives at the same time and asks for her sister.

The police also arrive and Prerna starts searching for Shivani. Prerna asks the police to arrest Komolika and Ronit while the news reporters interrogate Shivani.

Meanwhile, Moloy asks Nivedita to call Prerna and Prerna reveals Komolika has been arrested. Moloy is happy with the news while Shivani declares she has not been kidnapped.

Shivani reveals she has come on her own and wanted Komolika to accept her. She says she is in love with Ronit and wants to marry him. Meanwhile, Moloy asks Mohini and Nivedita to forget about Komolika and live their life.

Mohini and Nivedita are adamant to save Komolika even if she is mean to them. Elsewhere, Shivani says Komolika is not at fault while Komolika approves Shivani and Ronit’s relationship.

The Basu family waits for the lawyer while Komolika returns on her own with Ronit. Later, Prerna brings Shivani home and wishes to talk to her in private.

© Copyright tellybest.com, 2018 & 2019. All Rights Reserved. Unauthorized use and/or duplication of this material without written permission from tellybest.com is strictly prohibited.
Cached Saved on: Tuesday 4th of August 2020 08:00:33 PMCached Disp on: Thursday 6th of August 2020 11:58:41 PM