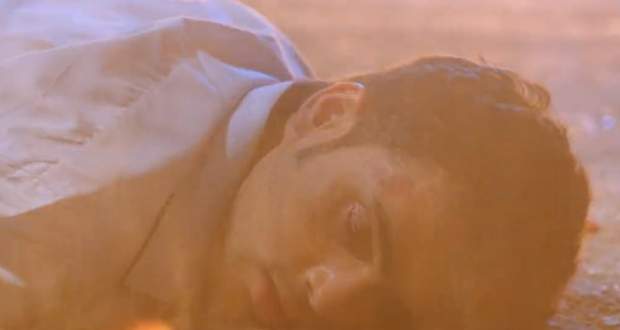 Prerna tells Mohini that she doesn’t know how to judge people.

Mohini tells Prerna that both she and her mother are greedy.

Mohini states Anurag has to choose between his mother and Prerna if need be.

Anurag tells Prerna that she wants to surprise Prerna about their honeymoon.

Prerna doesn’t answer him and runs away.

At home, Shivani asks Prerna what’s wrong but she runs to her bedroom and closes the door.

Meanwhile, Anurag keeps on calling Prerna but she doesn’t answer.

Anurag starts interrogating Ronit about what he has to do with Mr. Bajaj.

Anurag gets angry when Ronit starts talking about Prerna.

Ronit says they will suffer. Anurag hits him.

Ronit tries to hit Anurag with an Iron rod.

Their fight results in a fire in the factory.

Anurag tells Ronit to come out along with him as there will be a blast.

But Ronit hits Anurag with iron rod and runs away.

Anurag falls on the floor and gets unconscious.

Prerna calls Anurag and gets to know Anurag is in Mr. Bajaj’s factory and is surrounded by fire.

Prerna reaches the factory and calls out for Anurag.

She sees him unconscious.

Upcoming season 2 Kasauti Zindagii Ki (KZK 2) episode update: Mr. Bajaj gets to know about the fire in his factory.

© Copyright tellybest.com, 2018 & 2019. All Rights Reserved. Unauthorized use and/or duplication of this material without written permission from tellybest.com is strictly prohibited.
Cached Saved on: Saturday 6th of June 2020 09:02:27 PM