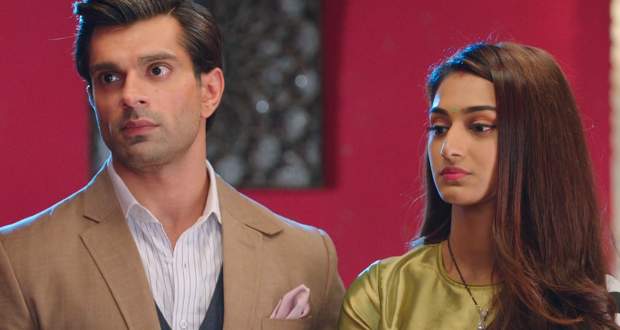 Today's KZK2 27 Sep episode starts with Anurag feeling helpless and trying to talk to his father. He confides in him about his mistakes and the reason behind them.

Maloy moves his hand and Anurag gets happy to see him recovering. Meanwhile, Mr. Mehra comes for Bajaj’s bail to get him out of jail.

Bajaj shows Prerna the video of Anurag committing to coming in front of his car on purpose. He further says he doesn’t care about anything but Prerna’s feelings.

Bajaj feels really connected to Prerna and smiles while looking at her. Their car stops in the middle of the road and they have to take a taxi. Bajaj keeps on looking at Prerna in the rearview mirror.

Later, Anurag gets shocked to see Prerna bringing Bajaj home. Bajaj tells him he had proof of him talking to Anupam about his plan.

Prerna says Anurag has changed a lot while Tanvi gets excited with Bajaj’s return. Mohini also arrives and enquires about Bajaj getting out of jail.

Prerna doesn’t want Bajaj to tell Mohini anything. Sharda doesn’t want to live with Basus anymore while Mohini also wants them out.