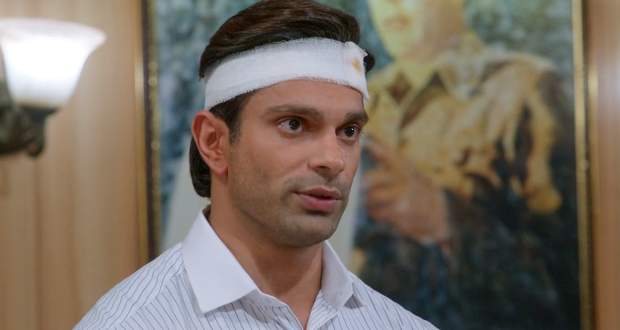 Today's KZK2 28 Aug episode starts with Sharda declaring that Veena was not happy with Bajaj and Prerna’s marriage. She says yes to the allegations of an attempt to murder by the lawyer.

Prerna wonders why her own lawyer is not saying anything. In reality, Sharda had given money to the lawyer to lose the case.

Later, Anurag tells Anupam to call Mr. Malkaani inside and take over the case. Meanwhile, another witness comes to give a statement about Veena throwing the hanging on Bajaj.

The lawyer asks Veena if she likes Bajaj or not. Veena agrees that she hates Mr. Bajaj.

Judge says the statements prove that Veena has tried to kill Mr. Bajaj. He is about to declare her punishment when Bajaj arrives in court.

Bajaj says he doesn’t like people who stay silent when something wrong is happening. He further says Veena has not tried to kill him. Bajaj even apologizes on behalf of his family members for putting allegations. He lies that he had told to use a low-quality rope.

The judge releases all allegations on Veena. Prerna rushes to Bajaj to thank him, but weak Bajaj falls in her arms instead.

At the same time, Anurag comes and witnesses this. He gets devastated to see the scene.