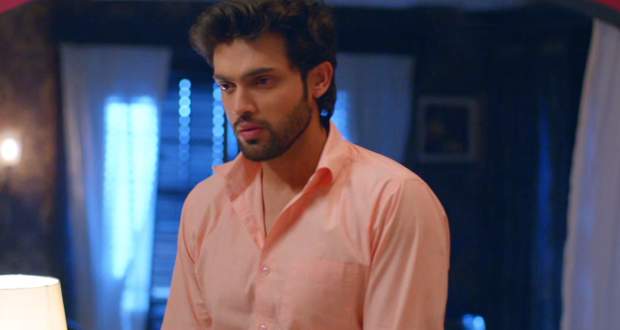 Today's KZK2 28 Feb episode starts with Anurag getting confused about who arranged the blood. He learns from a nurse that some man came and gave blood for his daughter.

Anurag wants to know about the man who gave blood and gets suspicious as the man said the same words as Mr. Bajaj. He reads the signatures as RB.

Mohini and Nivedita also read this and get suspicious. Meanwhile, Moloy and Anupam wish to take Prerna home while she asks about Anurag.

Anurag reaches home and searches for Bajaj’s documents. He learns that the sign in the register is the same as Bajaj but is shocked as he died in a plane crash.

He further gets suspicious that the baby is of Bajaj and Prerna. Komolika gets delighted to see the confusion on Anurag’s face. Later, Prerna arrives and Mohini is forced to welcome her.

Mohini asks from Prerna if the child is of Mr. Bajaj. Prerna tries to explain her part but Mohini is sure that she is right. Anurag arrives and shows that he doesn’t care if she is Bajaj’s daughter.

Prerna gets upset with Anurag’s words and decides to leave with the baby. Later, Veena gets shocked to see Prerna late at night while Prerna says she was missing them.

Anurag tells Mohini that he will talk to Sonalika and will make her understand that he loves Prerna and their baby.

Upcoming season 2 Kasauti Zindagii Ki (KZK 2) episode update: Anurag apologizes to Prerna and asks her to get married to him.