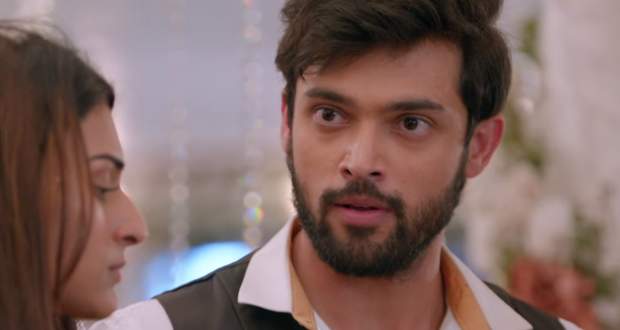 Anurag again arrives at the cliff and finds Jagga unconscious. Later, Veena gets delighted to learn that Prerna is returning while Prerna gets upset to see blood on her hands.

At the same time, Anurag brings Jagga home and states that he was the one to push Prerna off the cliff. He further wants to know who the actual culprit was.

Veena and Moloy suggest sending him to jail while Anurag first wants to know the truth. He further wants Prerna and Shivani to spend the night at Basu house.

Elsewhere, Komolika is worried about Jagga revealing the truth. Meanwhile, Anurag and Prerna feel a connection with each other.

Komolika starts crying as she doesn’t want Anurag to hate him. Anurag arrives in the room and asks about her worried state. Komolika says she is worried about Jagga being in the house while Anurag asks her how she knows his name.

© Copyright tellybest.com, 2018 & 2019. All Rights Reserved. Unauthorized use and/or duplication of this material without written permission from tellybest.com is strictly prohibited.
Cached Saved on: Wednesday 1st of April 2020 03:32:20 AM