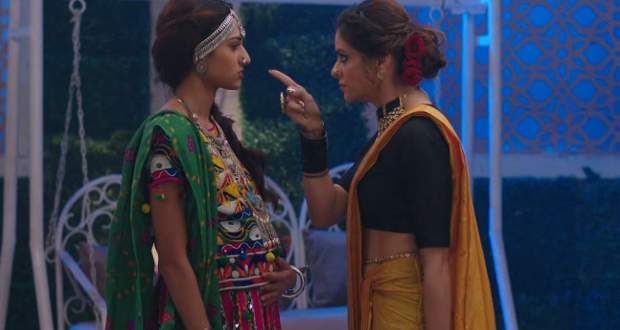 Today's KZK2 28 Nov episode starts with Anurag revealing Komolika’s reality and remembering Prerna’s love. He reveals that he remembers everything and throws Komolika out.

At the same time, Anurag gets severe pain in the head and falls on the ground. Mohini and Nivedita accuse Prerna of killing Anurag.

It all turns out to be Prerna’s dream and she denies telling Anurag anything. Shivani and Prerna decide to leave but Prerna is stopped by Komolika.

Prerna reveals that she has learned what was necessary. Sonalika admits that she is Komolika and is sick of acting sweet and traditional daughter-in-law.

Komolika tells her whole back story and is happy that Prerna knows the truth. At the same time, Anurag calls Komolika to ask about a file while she lies in front of Prerna that he is missing her.

Prerna knows Komolika was just acting and mocks her for being in her own bubble of love. Also, Prerna shows her mangal sutra that was given to her by Anurag.

Prerna says that she is Anurag’s first wife and her marriage with him is not valid.