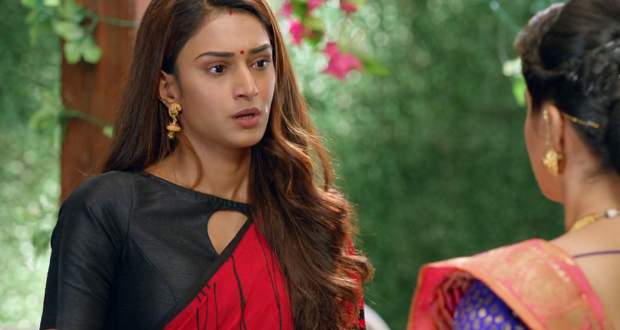 Today's KZK2 28 Oct episode starts with Komolika praising herself for creating a wonderful story. She thinks that the Basus are stupid and can’t point that Anurag is unconscious in the pictures.

Mohini thanks Komolika aka Sonalika for saving Anurag’s life. Prerna gets shattered to see them hugging and later goes to meet Anurag.

She starts crying and remembers the last moments spent with him. She wants him to wake up and remember everything about her.

The doctor tells the Basus that they should not try to remind Anurag about his past. Mohini calls Prerna in the garden area to talk.

She asks Prerna to leave Basu house. Prerna denies going anywhere while Mohini is adamant to send Prerna away from his son.

Prerna gets upset to learn that Moloy also wants her to leave Anurag. Mohini wants Prerna to understand that Anurag’s condition is not good.

Prerna says Anurag will remember everything after seeing her. The doctor comes and says Anurag is critical and has forgotten 2 years of his life completely.

He further says he might suffer a brain stroke and might go in a coma. He also says Anurag should not see anyone or anything important from the past two years.

Komolika is happy with her victory and hugs Prerna. She tries to console her and asks her to stay with him as long as she wants.