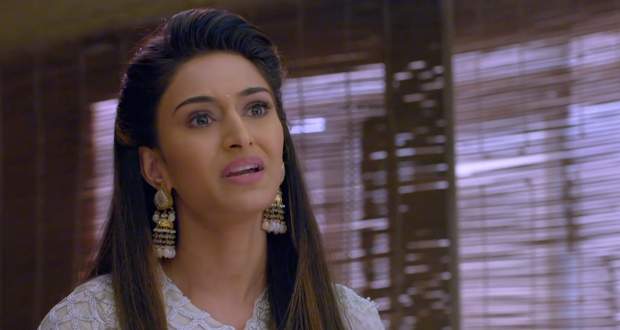 Today's Kasauti Zindagi Kay 2 (KZK2) 28 Sep episode starts with Anurag revealing that he didn’t know about the truth. He apologizes to Prerna and realizes why Prerna is so mad at him.

Anurag cries and is devastated to learn about his daughter while Prerna hugs him and consoles him. Meanwhile, Kaushik tells Monu that Kuki has gone to a coma.

At the same time, Kuki wakes up and overhears Kaushik’s love confession. Kuki had asked the nurse to lie to Kaushik as she wanted to stay away from her.

Kaushik leaves the room while Prerna and Anurag enter. The nurse tells Kaushik that Kuki is not in a coma and that she wanted to get rid of him. He doesn’t listens to the whole explanation and leaves while the nurse continues to call him from behind.

Kuki knows that Kaushik left because he is hurt. Later, Prerna visits the orphanage and asks Priyanka if she has got the adoption papers ready. Chandrika gets shocked to learn that Prerna wants to adopt Samidha.

Kuki returns home and Shivani makes her realize that she loves Kaushik. Elsewhere, Chandrika tells Prerna that Samidha is already adopted by someone but refuses to tell her the name.

Prerna takes the register forcefully to check the name while Priyanka also fights with Chandrika. Prerna learns that Komolika has adopted Samidha. Priyanka tells Prerna that Samidha is her daughter Sneha.