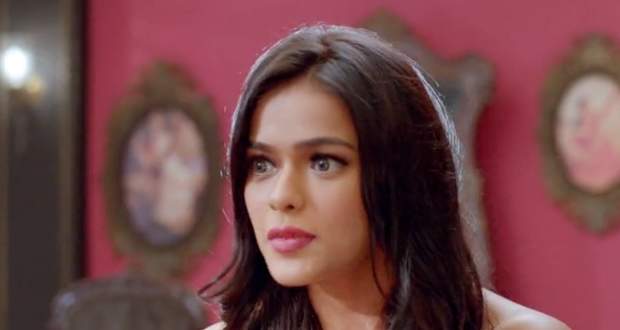 Today's KZK2 29 Aug episode starts with Anurag crying helplessly in the middle of the road after seeing Mr. Bajaj and Prerna hugging each other in the courtroom.

Fortunately, Nivedita spots Anurag and takes him in her car.

In the meantime, Mr. Bajaj and Prerna leave the courtroom together.

Sharda gets annoyed for her failed plan of getting Veena punished in court.

Anupam calls Anurag but he didn’t pick up the call as he is very much tensed thinking about how close Mr.Bajaj & Anurag were close to each other in the courtroom.

At home, Prerna offers to give first aid to Mr. Bajaj but he doesn’t allow but she insists.

While giving first aid, Prerna thank Mr. Bajaj for all the good things he did for her and asks sorry for mistakes she has done.

On the other side, Sharda taunts her daughter for not being careful and letting Mr. Bajaj go to court from the hospital.

The next morning, Mr. Bajaj talks about business with Anurag but Anurag keeps thinking about the closeness between Prerna and Mr. Bajaj.

After Mr. Bajaj leaves, Anurag argues with Prerna about how hard he tries to be close with Prerna but Prerna makes him understand that Mr. Bajaj is her husband and she will always support him.

Meanwhile, Tanvi plans to separate Mr. Bajaj from Prerna by exposing Anurag’s love with Prerna so that Mr. Bajaj will leave Prerna and she can get married to him.