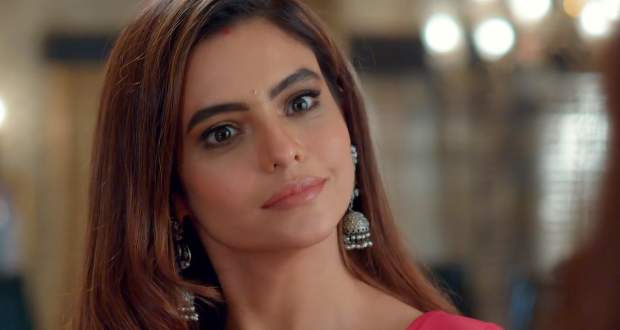 Today's KZK2 29 Aug episode starts with Kaushik asking Kuki about her conversation with the principal. Kuki reveals that she can’t leave the college unless the investigation completes.

Kaushik offers to threaten the principal to give Kuki’s leaving letter. He jokes a little and makes her smile. Meanwhile, Prerna gets emotional thinking about Sneha and is adamant to save Samidha.

Later, Kuki and Kaushik think about each other while Kuki calls Kaushik. She apologizes to Kaushak for crying in front of him. He makes her smile again and shares a sweet talk with her.

Priyanka apologizes to Prerna for coming at a late hour and shows the papers given by the lawyer. Prerna asks them to not worry and take rest as it is Shivani’s Mehendi the next day.

Mohini learns that Nivedita is upset about the demolition of the orphanage. Mohini asks her to not react while Nivedita is shocked by her reaction. She thinks Komolika has crossed all limits of showing her power.

Komolika comes at the same time and asks if Nivedita has a problem with her actions. She further threatens to throw her out of the house while Mohini assures her that she will console Nivedita.

Mohini asks Nivedita to behave in a certain way as she is not married to a rich guy. Meanwhile, Veena is worried about Prerna while Prerna shares her feelings about Samidha.