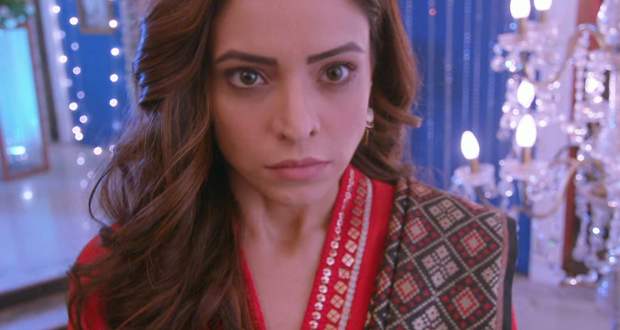 Today's KZK2 29 Jan episode starts with Anurag asking Komolika how she knows Jagga’s name. Komolika makes some stories to save herself from Anurag’s questions.

Anurag declares that he will not spare the person who has tried to harm Prerna. Later, Komolika confronts Prerna and wishes to kill her.

Prerna is confident about her love for Anurag and that he will always protect her. Komolika then tries to entice Viraj against Prerna.

She further suggests that Prerna feels lucky to have Viraj in her life. Prerna decides to talk to Viraj about their relationship. Later, Komolika asks for a sleeping pill from Mohini.

Shivani realizes by talking to Viraj that he is a nice guy for Prerna. Meanwhile, Komolika mixes the sleeping pill in Anurag’s water.

Komolika also decides to poison Jagga. Elsewhere, Shivani wishes to tell everyone about Komolika’s truth but Prerna doesn’t want to stress anyone.

Viraj witnesses Anurag taking good care of Prerna. Later, Mohini decides to call the police to solve the matter while Komolika gets stressed and asks her not to.