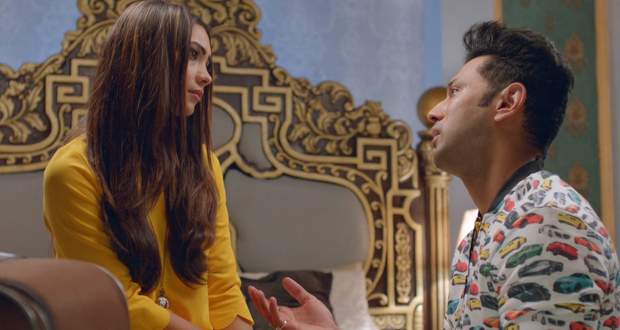 They both start running together to save themselves. Meanwhile, Anupam wishes to start a fresh life with Nivedita.

Anurag keeps asking about Ronit’s motives from Prerna but she can’t tell him as her deal will get revealed.

Anupam confesses her love while Nivedita too tells him her feelings.

Anurag reveals he sensed someone’s presence and that’s why he was following Prerna. He also tells the story of following Ronit and realizing something was off.

At the same time, Bajaj is searching for Prerna and Anurag. He reaches Nivedita’s room and opens it without permission. He enquires about Anurag from them.

Nivedita gets mad at him for not caring about someone’s privacy while Bajaj says Anurag has kidnapped Prerna.

He snatches Nivedita’s phone and tries to call Anurag. Anurag ignores the calls as he is still trying to escape Ronit and protect Prerna.