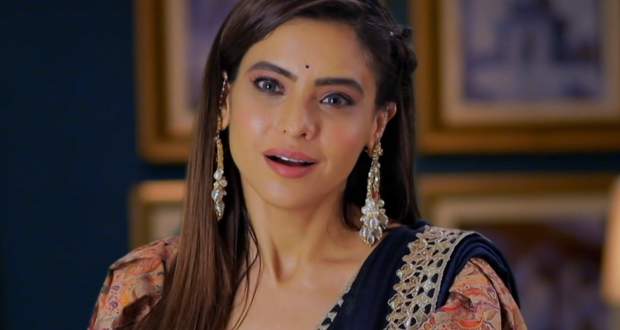 Today's KZK2 29 Jul episode starts with Prerna apologizing to Shivani for not being there for him. She also explains her situation and how much she suffered because of Anurag.

Prerna further learns that Shekhar met with an accident and lost his job. Shivani apologizes to her for misunderstanding her and feels proud of her.

Shivani again declares her love while Prerna asks for some time. Meanwhile, Komolika is discussing her plan with Ronit when Mohini and Nivedita arrive at her room.

Moloy asks for Kaushik’s help in finding the truth about Ronit and Shivani’s relationship. Later, Mohini and Nivedita join hands with Komolika to take revenge from Prerna.

Komolika gives Nivedita her CEO’s post back and asks Ronit to stay there at Basu house. She also asks Ronit to call Shivani and tell her how much he loves her.

Prerna is shocked that everybody in the family knew about Ronit and Shivani. She apologizes for being selfish and just thinking about herself. Elsewhere, Moloy decides not to tell Kaushik about Prerna and Anurag’s story.

Bajaj tells Prerna about his phone call with a journalist while Prerna confirms Shivani wants to marry Ronit. Bajaj wants Prerna to stop Shivani while Prerna feels guilty for leaving the city.

She doesn’t know how to console Shivani in believing Ronit is fake. Bajaj promises Prerna that he will find out the truth.