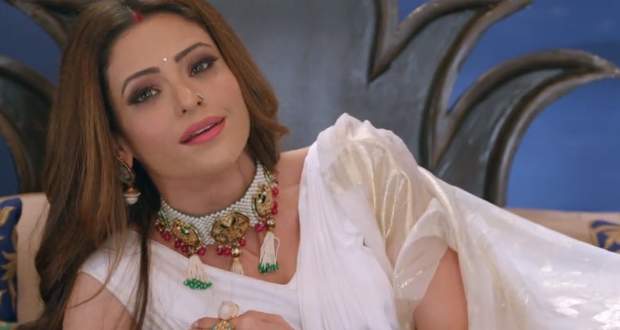 Today's KZK2 29 Oct episode starts with Nivedita calling Komolika aka Sonalika inside the room. Komolika tries to console Mohini while Nivedita is suspicious about her.

Komolika wishes to stay in Anurag’s room. Meanwhile, Prerna is with Anurag and remembers all the happy moments spent with him.

She further is upset to break the promise made with him and can’t risk his life by reminding him of anything. She bids goodbye to him and comes to meet Mohini and Moloy.

Later, Nivedita shows Komolika Anurag’s room and thanks her for saving Anurag. Komolika remembers the old memories with her and is adamant to take revenge.

Prerna feels weird to see Komolika aka Sonalika. Later she leaves the house and walks alone on the streets. Meanwhile, Mohini is delighted with Prerna’s exit from the house.

Komolika follows Prerna in her car and wonders if she should hit Prerna and kill her. She speeds the car and is about to hit Prerna.

© Copyright tellybest.com, 2018 & 2019. All Rights Reserved. Unauthorized use and/or duplication of this material without written permission from tellybest.com is strictly prohibited.
Cached Saved on: Thursday 30th of January 2020 08:25:56 PMCached Disp on: Monday 17th of February 2020 10:32:32 PM