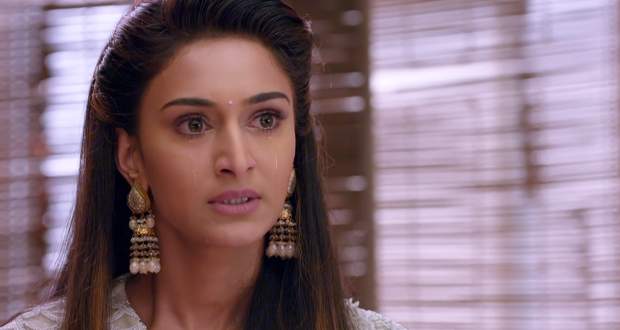 Prerna gets emotional to learn that Samidha is Sneha. Chandrika plans to leave but Prerna hurts her and gets the truth out of her. Chandrika tells the whole story to Prerna about getting money from Komolika.

She also reveals that Komolika gave her a lot of money in exchange for adopting Samidha. Meanwhile, Kaushik decides to go back to London as Kuki doesn’t want him in her life.

Anurag learns that Samidha wanted Prerna as her mother and that Chandrika forced her to go with Komolika. Anurag promises Samidha that Prerna will be her mother soon.

Nivedita opposes Komolika’s decision of adoption and learns that Samidha is Sneha. Komolika further reveals that Prerna doesn’t know that her daughter is alive.

Prerna tells Bajaj that Sneha is alive and that Komolika has adopted her. Elsewhere, Komolika asks Mohini and Nivedita to not tell Anurag that Samidha is Sneha.

Anurag comes at the same time and reveals he will unite Samidha and Sneha. Komolika thinks Anurag learned the truth but Anurag gets mad at her for not telling him about his daughter’s death.

© Copyright tellybest.com, 2020, 2021. All Rights Reserved. Unauthorized use and/or duplication of any material from tellybest.com without written permission is strictly prohibited.
Cached Saved on: Thursday 2nd of December 2021 11:23:13 AMCached Disp on: Monday 6th of December 2021 02:31:30 AM