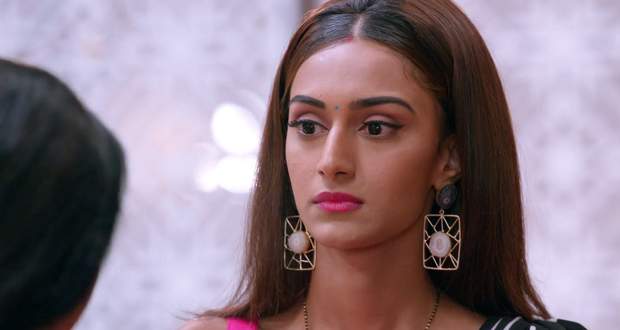 Today's KZK2 2 Aug episode starts with Siddharth Malhotra as Abhay Singh kidnapping the groom at the wedding where Mr. Bajaj is present. At the same time, Pareeniti Chopra meets Prerna and asks for a macho man.

Pareeniti tells her about Jabariya marriage i.e. forceful wedding. Bajaj again enquires about the groom but the Jabariya Jodi talks about entertainment first.

Later, Prerna and Bajaj return home to find Sharda Maasi. Maasi welcomes Prerna into the house and gives blessings to the couple.

Meanwhile, Nivedita enquires from Anurag about the condition of his room. Anurag asks if she will help him in destroying Mr. Bajaj. Nivedita promises to be with him at every step.

Prerna gives the towel to Bajaj and in the process sees some files about Basu buy out. At the same time, she gets the news that her mother has arrived.

Veena is still upset with Prerna and tells her that she has done everything wrong. She believes there might have been some reason because of which she got married to Bajaj.

Prerna still lies and tells she wanted to get married to him. Veena tells her she will support her and wants her to speak the truth.

Prerna opts to lie instead to save her mother the pain she is feeling.

© Copyright tellybest.com, 2018 & 2019. All Rights Reserved. Unauthorized use and/or duplication of this material without written permission from tellybest.com is strictly prohibited.
Cached Saved on: Sunday 7th of June 2020 12:56:24 AM