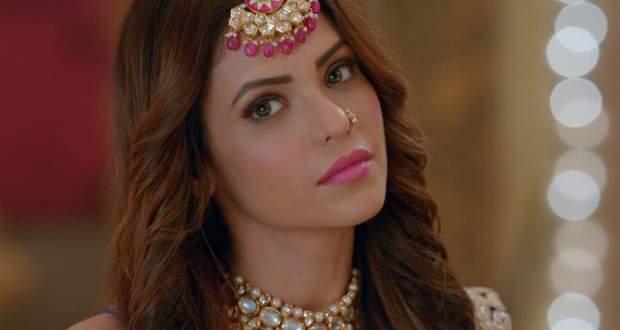 Today's KZK2 2 Dec episode starts with Anurag accidentally putting Sindoor on Prerna’s forehead. He further sees her Mangalsutra coming out and fixes it.

Anurag says he was just trying to help Prerna as a friend. Later, Komolika asks for her Mangal sutra while Anurag can’t find it.

Komolika finds an electrician and hires him to put open wires in the kitchen along with water. She also gives him advance while Mohini and Moloy argue over Prerna and Anurag’s relation.

Mohini accuses Prerna of doing it on purpose while Moloy is happy with Anurag tying mangal sutra in Prerna’s neck. Meanwhile, Anurag feels a weird connection with Prerna and decides to talk to her.

Anurag brings Nivedita in the kitchen so that she can make juice for Prerna. Komolika wonders why Prerna didn’t get the electric shock.

Prerna had learned that Komolika was bribing the electrician and had switched off the main button. She switches it back on and Komolika gets an electric shock.

Prerna rushes to save Sonalika and gets a little shock. Anurag gets worried for Prerna and is about to confess that he loves her.

Anurag gets angry at the servants and asks why there was an open wire in the kitchen. Debu Da tells about some electricians working in the house.

© Copyright tellybest.com, 2018 & 2019. All Rights Reserved. Unauthorized use and/or duplication of this material without written permission from tellybest.com is strictly prohibited.
Cached Saved on: Thursday 9th of April 2020 03:57:54 PM