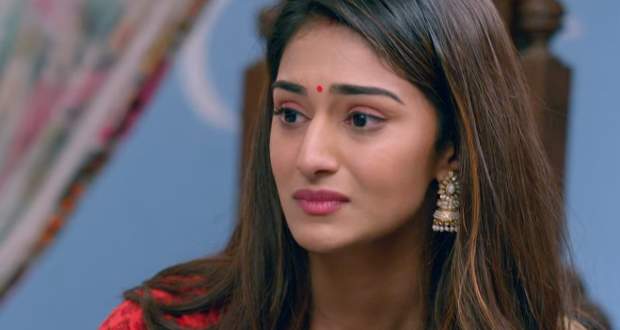 Today's KZK2 2 Jan episode starts with Anurag showing the photograph of Viraj and wanting her to marry him. Everybody gets shocked while Anurag explains why he thinks she should get married.

He further tells how he has already talked to the parents of Viraj. He also reveals that Viraj was planning to adopt a child and how Viraj said yes to marry Prerna.

Prerna is shocked by Anurag’s demand and goes up in her room. Veena asks her to accept Anurag’s proposal and marry Viraj.

Prerna is concerned about her child and her memories while Veena wants her to say yes. Prerna refuses to marry anyone but Veena reminds her of the promise she made with Anurag.

Veena starts shouting and is not able to breathe properly. Anurag wants answers to his questions and wishes to talk to Prerna.

Meanwhile, Veena refuses to take medicine and wants Prerna to get married. Prerna gets ready for the marriage as she wants her mother to be alright.

Prerna comes downstairs and tells Anurag that she is ready to get married. Prerna learns that Sonalika aka Komolika suggested Viraj and her marriage.

© Copyright tellybest.com, 2018 & 2019. All Rights Reserved. Unauthorized use and/or duplication of this material without written permission from tellybest.com is strictly prohibited.
Cached Saved on: Sunday 29th of March 2020 02:12:43 AM