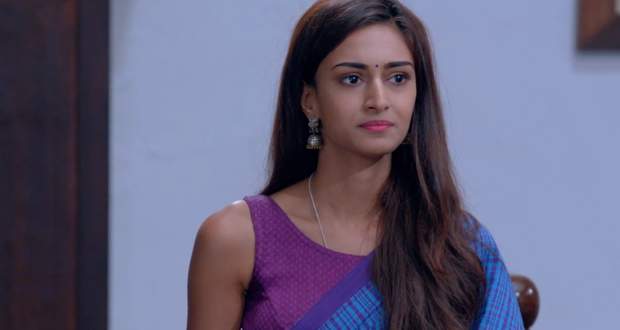 Prerna asking for Anurag’s bail papers as well as property papers. Mr. Bajaj wants to know why she thinks he will help her.

Prerna asks what amount he needs for the papers and Anurag’s bail. Mr. Bajaj wishes to make a deal instead. Prerna claims she will do anything to save Anurag.

In jail, Anurag is missing Prerna and thinks about all happy moments spent with her.

Mr. Bajaj warns Prerna about the deal. He says she has to leave Anurag to get him out of jail. He demands Prerna gets married to him instead of Anurag.

Meanwhile, Veena is disturbed about Prerna’s life. She is afraid Anurag and Prerna are not meant to be together.

Prerna tells Mr. Bajaj she will never do what he has proposed. She blames him for taking advantage of the situation. He tells her it’s a fair deal for her and she will need him to save Anurag, but Prerna refuses.

The next morning, Prerna suggests the lawyer to do thorough research and find the truth. Everybody, along with Anurag, is positive they will win the case and save Anurag.

Ronit calls Mr. Bajaj asking about their deal. Mr. Bajaj tells him he will send him to a different location and accept his offer, but he needs time to think.

The proceedings start in the court with opposition lawyer blaming Anurag of murdering Ronit. The lawyer put allegations of Komolika’s murder on Anurag. He also claims Ronit knew about everything, and that is why Anurag killed him.

When Prerna is called in the witness box, she tells everything about Ronit and his intentions. Lawyer calls everything a story, but Prerna shocks everyone by saying Ronit is still alive.