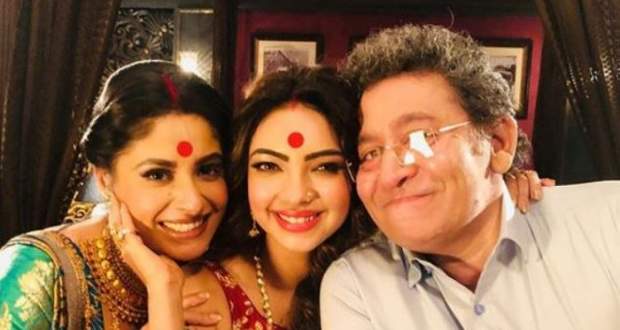 Komolika manages to sneak into Moloy’s ward. Anurag comes to the hospital. Mohini questions him for telling her the truth.

Anurag says he did all this to safe Moloy’s life as he feared that the assassin might attack Moloy again to destroy the proofs.

Anurag gets shocked when he learns that a female doctor has gone to treat Moloy. Though, he fails to understand the situation.

Prerna confronts Anurag for not telling the entire truth to her. She questions him if she really matters to him or not.

Prerna breaks down in tears thinking about her father, Rajesh. Anurag states that he loves her. Prerna counters her for marrying Komolika.

Anurag says he had to marry Komolika for a reason. Anurag consoles Prerna that soon the police officers will find the culprit.

Komolika threatens Moloy by keeping him at the point of a knife. Moloy gets scared on seeing her. She says she will keep some conditions before him.

Komolika asks Moloy if he will keep everything a secret or not. The cops come to meet Moloy to record his statement.