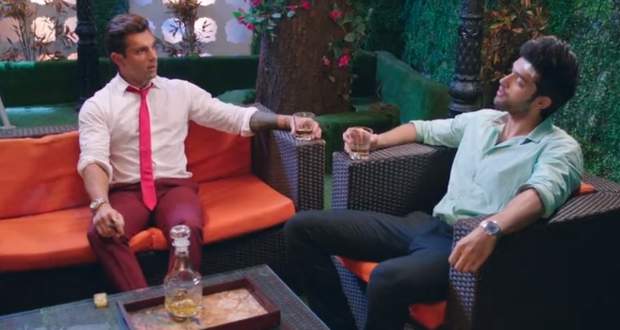 Today's KZK2 2 Oct episode starts with Bajaj challenging Anurag and threatening that his heart will again break. He further declares Prerna will leave with him to another country.

Anurag is sure Goddess will punish Bajaj while Prerna wishes to leave. Later, Prerna tries to console Bajaj and apologizes for Anurag’s behavior.

Shivani and Anurag discuss Bajaj and later Anurag invites them all to Durga Sthaapna. Meanwhile, Bajaj is in love with Prerna and wants Anurag out.

At the same time, Anurag arrives and starts drinking with him. They continue to argue over who will be out of Prerna’s life.

In the morning, Moloy’s brother along with his family arrives as Basu house. Meanwhile, Anurag and Prerna share some awkward moments.

She leaves but continues to look at Anurag and bumps into Bajaj. They hold the Durga Idol together in the same way as earlier and relive their memories.

Mohini wants Moloy to get well soon and help her in Durga arrangements. At the same time, Anurag again compares their encounters with the goddess wanting to re-unite them.