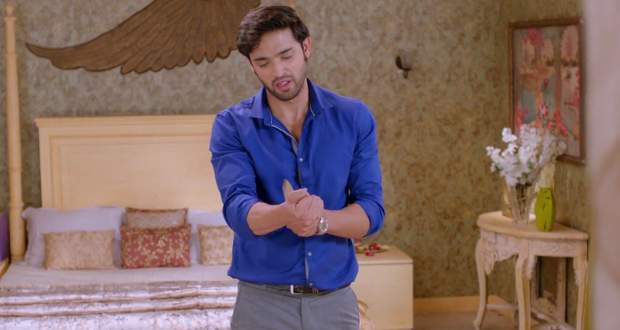 Today's KZK2 30 Aug episode starts with Anurag confronting Prerna about hugging Bajaj. Prerna says even if she returns in his life, she will not be able to love him.

Meanwhile, Suman starts criticizing Bajaj for creating trouble in their lives. Veena, on the other hand, has developed a soft corner for Bajaj.

Bajaj gets delighted to crack a deal and outrank Nivedita in the race. Later, Prerna tries to hurt Anurag deliberately while Bajaj invites some guests over for dinner.

Prerna tries to explain that she is in love with only money. Anurag gets frustrated with Prerna’s declaration and decides to kill himself.

He later thinks he should not give up so easily. Later, Prerna calls Bajaj and informs him that his guests have arrived.

Bajaj wonders why he doesn’t feel bad when Prerna orders him something. At the same time, Prerna gains a lot of importance at the party.

Nivedita blames Prerna for being happy about her loss. She is upset and hurt about losing the deal while Mohini tries to console her.

Anurag blames Bajaj for being after everything he loves. He further accuses him of planning his accident to trouble Veena and her family.

Bajaj instructs him not to get involved in his personal matters.