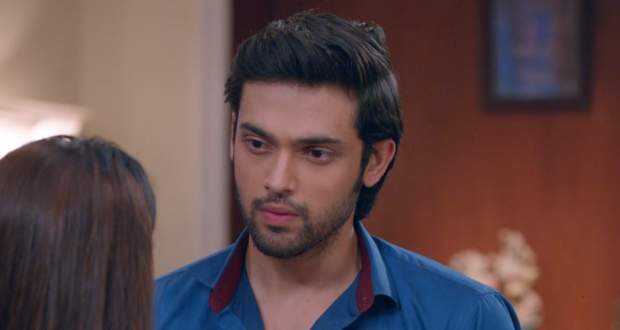 He calls the secret investigator and asks for an update. The investigator wants to know why Anurag was hiding the fact that he was engaged to Prerna.

Anurag gets confused and is not able to hear the whole truth as the networks get weak. He later goes to Prerna’s house and gets happy to see Prerna getting taken care of.

He decides to go to Prerna’s room while Sonalika calls Prerna and mocks her about Anurag.  She lies about Anurag believing ill things about her and that she is characterless.

Prerna is confident about Anurag’s care for her. Later, Anurag is about to open an album when Prerna enters her room. Anurag confronts her about lying to him about her husband.

Prerna reveals that her husband has forgotten about her and doesn’t remember they got married. Anurag promises Prerna that he will take care of her and will not let her cry.

Prerna gets happy while Veena is worried about her daughter. At the same time, Komolika calls Anurag and learns that he is with Prerna.

Komolika decides to bring someone in Prerna’s life. Meanwhile, Veena confronts Prerna about waiting for Anurag is not right.

Upcoming season 2 Kasauti Zindagii Ki (KZK 2) episode update: Anurag wants Prerna to get married to a guy from the office.