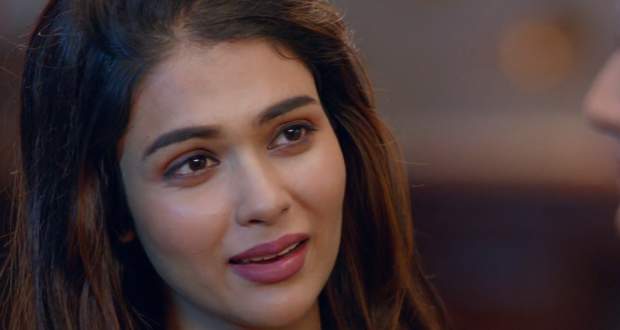 Today's KZK2 30 Oct episode starts with Komolika deciding to not kill Prerna. She offers Prerna a ride home in her car and drops her off at Sharma Nivas. She also puts mud on Prerna by taking a U-turn.

She further apologizes to Prerna for putting mud on her. Later, Prerna enters her house and tells them everything about Anurag.

Shivani gets angry at Mohini and decides to confront her. Meanwhile, Mohini asks Sonalika aka Komolika about her father.

At the same time, Shivani arrives at Basu Bari and demands answers. She calls them ruthless and stone-hearted for not valuing Prerna.

She also questions Moloy about throwing Prerna out of the house. Moloy explains how Anurag’s life is in danger if reminded of his past two years.

Mohini asks Shivani to stay away from her family. Later, Shivani tells Prerna that she went to Basu Bari while Prerna is sure Anurag will remember everything.

In the morning, Mohini does the pooja while later Anurag also comes. Anurag wonders what has happened in the past two years and wants to get reminded.

Moloy tells the highlight of two years including his accident and Rakesh’s death.