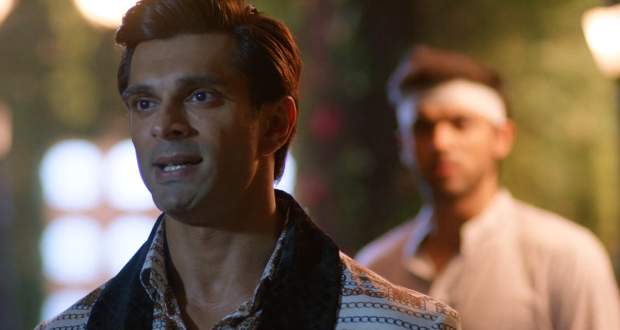 Today's KZK2 30 Sep episode starts with Prerna wanting to help Anurag move on with his life. Bajaj doesn’t want Prerna to talk about Anurag and proposes to meet her family.

Anurag wonders why Bajaj didn’t tell Prerna when he had the video. Meanwhile, Veena gets a call from Prerna telling Bajaj wants to meet them.

Bajaj gets happy to see Prerna with Kuki and remembers all moments shared with Prerna. He is further satisfied with his decision of marrying her.

Bajaj is adamant to not let anyone come in between his family. Later, Anurag sees the same inspector who arrested Bajaj and tries to stop him.

Bajaj informs Anurag that he asked the inspector to come to keep an eye on him. Anurag, on the other hand, still wants Prerna in his life.

Anurag gets shocked to learn that Bajaj did the accident. Bajaj says he was happy to see Anurag in serious condition and wanted him to die.

He further reveals that he had seen him from far and could have stopped the accident. He also says he wants to eliminate him from Prerna’s heart.

Bajaj tells Anurag about his father’s cruelty towards him. He also says he went in the police station to buy the inspector.

Upcoming season 2 Kasauti Zindagii Ki (KZK 2) episode update: Bajaj tries to impress Prerna’s family while later he informs Anurag that Prerna will leave with him to another country.

© Copyright tellybest.com, 2018 & 2019. All Rights Reserved. Unauthorized use and/or duplication of this material without written permission from tellybest.com is strictly prohibited.
Cached Saved on: Thursday 6th of August 2020 04:15:38 PM