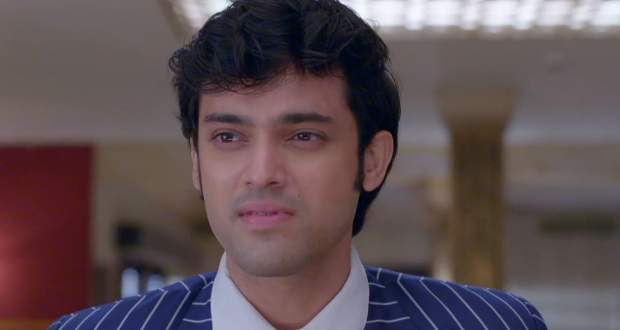 Prerna asks about Samidha while Anurag reveals he didn’t know anything about adoption. Komolika lies that Anurag asked her to adopt Samidha before her.

Prerna blames Anurag for lying while Anurag learns that Samidha is Sneha. Komolika refuses to change her decision of adoption. Meanwhile, Kuki apologizes to Kaushik and sits on one knee to propose him.

Prerna threatens Komolika of the consequences and promises that Samidha will be with her within a few hours. Prerna leaves while Anurag breaks all ties with Komolika.

He asks her to leave while Komolika returns in her room. Mohini and Nivedita follow her and console her. Meanwhile, Anurag reunites with Samidha aka her daughter Sneha and gets emotional.

Anurag tries to tell Samidha the truth but is crying and Samidha gets confused. Samidha wishes to get Anurag as her father along with Prerna as her mother.

Anurag promises that he will bring Prerna back to his house. Elsewhere, Komolika hires goons to kill Prerna and ask them to kill her before the day ends. Later, Mohini warns Komolika that she is making a mistake.

She reveals that Komolika has also two options. She can either put Prerna in her place or else leave Kolkata. Komolika reveals that she has made a plan to kill Prerna which shocks Mohini.