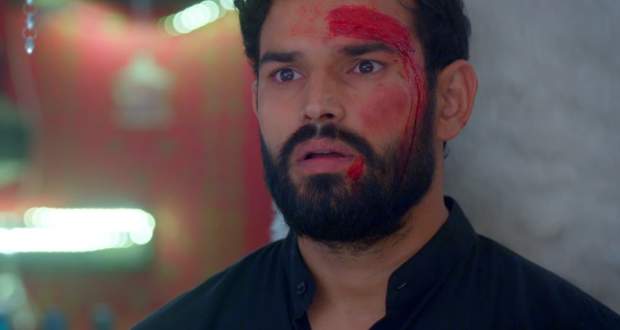 Today's KZK2 31 Jan episode starts with Anurag asking from Jagga the truth and offering money. Anurag gives him one minute while Mohini has already called the police.

Anurag again asks Jagga the truth after one minute while the police arrive at the same time. Anurag doesn’t want police to take Jagga while police threaten to kill Jagga.

Prerna also asks Jagga while Jagga reveals that she knows everything. Prerna wants Jagga to confess while Jagga points his finger at Komolika.

The family gets shocked while later Anurag is accused by him for kidnapping Prerna. Anurag gets angry and starts hitting Jagga badly.

Jagga tries to escape and runs around the house. Viraj gets a hold of him and gets into a fight with him. Jagga hits him on the head and escapes while at the same time Veena arrives.

Komolika asks Prerna to leave and asks for a goodbye hug. Later, Komolika gets angry at Ronit for not doing his job well and wants to make Prerna her puppet.

Prerna thinks that Komolika’s plans are bringing her closer to Anurag. Meanwhile, Anurag is worried about Prerna and wishes to call her.

Anupam suggests him to meet her instead. He hugs Anurag and Anurag gain the same memory of hugging him. Later, Komolika gives medicine to Anurag so that he doesn’t regain his memory.

© Copyright tellybest.com, 2018 & 2019. All Rights Reserved. Unauthorized use and/or duplication of this material without written permission from tellybest.com is strictly prohibited.
Cached Saved on: Thursday 16th of July 2020 10:35:36 PM