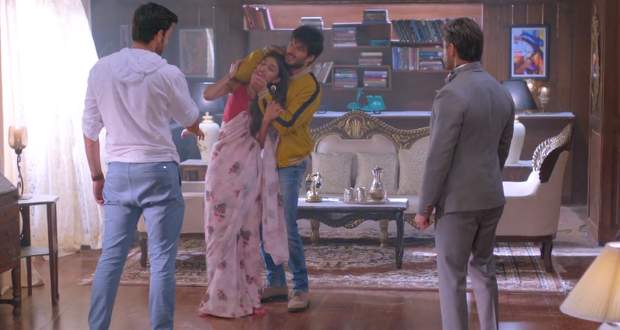 Today's KZK2 31 Jul episode starts with Ronit threatening to take his revenge. He starts blaming Prerna for spoiling his deal with Mr. Bajaj which scares Prerna.

He reveals that because of Prerna’s deal, his own deal is broken. Anurag gets suspicious with Ronit’s word.

Ronit further holds Prerna by his neck and threatens to kill her. Mr. Bajaj gets successful in saving Prerna with his smart move.

He calls the police and gets Ronit and his gangster friends arrested. He thanks Anurag for saving his wife and tells him it’s time his chapter also closes.

Later, Nivedita says they should leave for Kolkata but Anurag wants to leave when Prerna does. Nivedita further tells him Prerna has already left in the morning.

He remembers his conversation with Prerna and has a feeling she has gone to Interlaken city.

Meanwhile, Bajaj and Prerna are in Interlaken city for paragliding. He starts mocking Prerna for not having an X-factor. Prerna accepts his challenge and decides to paraglide.

© Copyright tellybest.com, 2018 & 2019. All Rights Reserved. Unauthorized use and/or duplication of this material without written permission from tellybest.com is strictly prohibited.
Cached Saved on: Saturday 6th of June 2020 07:49:31 PM