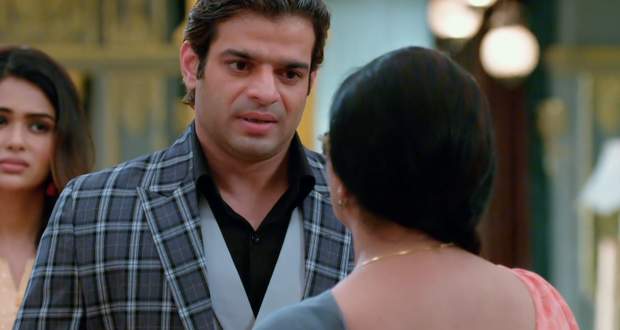 Today's KZK2 31 Jul episode starts with Prerna telling Mr. Bajaj about Komolika’s visit. She says she was forced to say yes and accept the relation.

Prerna knows it is a mistake but she isn’t sure of what to do next. Bajaj consoles Prerna and promises that he will find the truth before marriage.

Komolika asks Ronit to give a lot of love to Shivani so that she forgets about her family as well. She further wishes to show her the ugly side of the marriage.

Moloy is sure Ronit doesn’t love Shivani while Kaushik wishes to take care of Shivani when she comes to their house. Meanwhile, Shivani tries to decide about her outfit for the engagement.

Sharma family thanks Bajaj for helping them and being there for Prerna as well. Later, Nivedita lies to Mohini about not missing Anupam anywhere.

Bajaj shares his feelings with Prerna while she is happy that Bajaj has accepted her family as his own. Later, Priyanka comes to decorate the house for the engagement who asks Prerna if she can bring her niece along.

Kajal wants Mahesh to get close to Bajaj and gain his trust. The engagement is all set to start while Shivani is really happy.