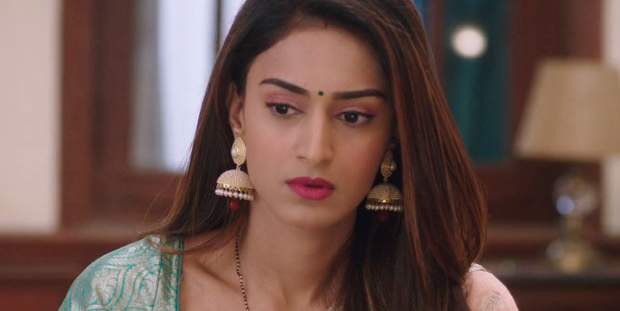 Prerna has done everything for her mother. She is also sure that Komolika will lose and Viraj will say no to the marriage. Further, she wishes to tell everything to Viraj.

Later in the morning, Anurag arrives with Viraj and his parents in Sharma house. Veena arrives in Prerna’s room and makes her understand that Viraj is a nice guy.

Veena thanks Komolika for bringing a nice alliance for them. Later, Komolika meets Prerna and confronts her about her marriage. She further explains her plan and how she managed to convince Anurag.

Prerna arrives downstairs and Viraj’s mother praises her beauty. Veena says they are not rich but will try her best while Viraj convinces her that they don’t need any money.

He is happy that Prerna is pregnant and that she will complete his life. Anurag asks if Prerna likes Viraj while Prerna wishes to talk to Viraj in private.

Veena again gets ill when Komolika asks her about Prerna’s past. Meanwhile, Prerna tells Viraj that she still loves her husband.

© Copyright tellybest.com, 2018 & 2019. All Rights Reserved. Unauthorized use and/or duplication of this material without written permission from tellybest.com is strictly prohibited.
Cached Saved on: Thursday 30th of January 2020 09:30:58 PMCached Disp on: Monday 17th of February 2020 06:14:22 PM