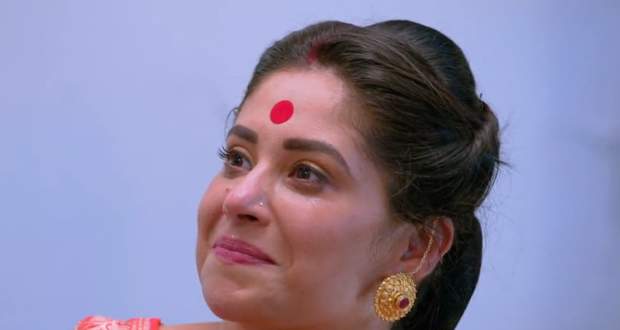 Today's KZK2 3 Jul episode starts with Prerna announcing Ronit is still alive. She explains how Ronit has called Mr. Bajaj as well as her sister.

The lawyer asks for Anurag’s bail, but Judge declines by saying he can’t get bail until DNA reports of the dead body are examined.

Ronit realizes outside the court that Mr. Bajaj might have told Prerna about his plan and that he is alive.

Prerna tells how they can take the case to fast track, and Anurag can come home in no time. Mohini praises Veena for her upbringing.

She accepts Prerna is the right girl for Anurag. Anurag forgives his mother for whatever she did.

Later, Ronit bumps into Prerna. Prerna gets suspicious of the Burkha clad lady (Ronit). She realizes it’s Ronit. She follows him but finds another woman in Burkha.

Ronit emerges from behind and gives money to the lady.

Anurag is happy that the two most important women in his life are now getting along. He tells her he wants to spend all his life with Prerna.

Mohini also apologizes to Veena and tells her she is her real family.

Prerna comes to meet Mr. Bajaj and tells him he is going to lose the case. Mr. Bajaj says to her she has no clue what he is up to and that he will never fail.