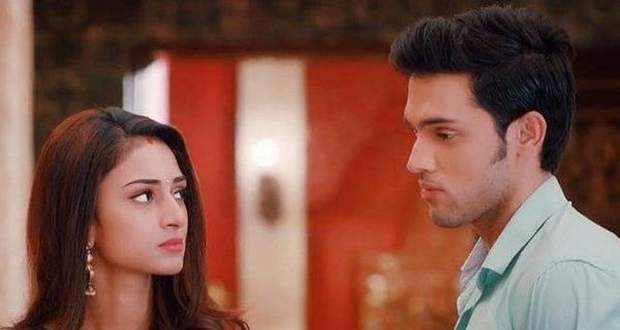 Mohini asks Prerna to seek her permission before reaching out to Moloy. Prerna requests Mohini to allow her to meet Moloy.

Mohini asks Prerna to remove the sindur from her hairline and the mangalsutra from her neck before meeting Moloy as she feels that he will feel cheated.

Komolika threatens Moloy by saying that she will not spare him. She mocks at him for getting trapped in her plan.

Anurag comes there along with the cops. The officers ask Mohini and others to recall about the past incidents of the accident day.

Prerna breaks down in front of Moloy. She shares her feelings with Moloy. She tells everything about her wedding to Moloy.

Suddenly, Moloy’s condition worsens. Prerna calls out for the doctor’s help. Mohini gets angry on Prerna for coming in.

The doctor informs them that Moloy has got a paralysis attack. Mohini blames Prerna for Moloy’s condition by calling her a bad omen.

Anurag tells the doctor that he will take Moloy back to the house. Komolika talks to herself and says that she will kill Moloy.

Moloy thinks in his mind that he will soon reveal everything about Komolika.

Anurag and Prerna spend a romantic moment together. The two share glances.