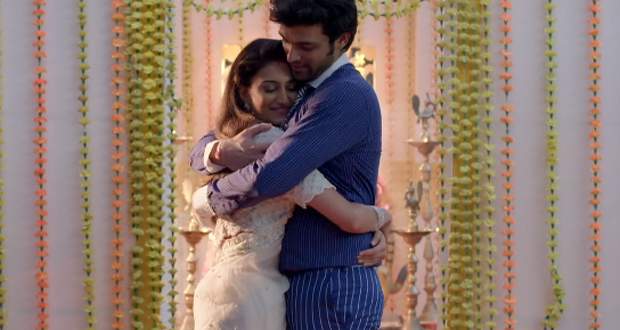 Today's Kasauti Zindagi Kay 2 (KZK2) 3 Oct episode starts with Anurag revealing that he never got married to Komolika. Prerna also learns that their daughter, Diya is also an adopted child.

He reveals that he wished to get a daughter in front of Komolika and she brought Diya. Prerna also reveals that she missed him a lot and Anurag wishes to be with her forever.

Prerna also reveals that she never got married while Anurag says he knew Prerna can never think of another man. They both decide to get married at the temple.

Anurag fills Prerna’s hairline and completes all the rituals of marriage. Meanwhile, Moloy finds Mohini unconscious and treats her wounds. Mohini realizes that Komolika was never right for her son.

Mohini is scared that Komolika will kill Anurag and they decide to visit the police station. Komolika entices Bajaj while Anurag and Prerna arrive at Basu Badi.

Komolika reveals her whole plan in front of everyone. She further reveals that Viraj was killed by her later after falling off the cliff. She further threatens to kill Prerna.

However, Bajaj comes in their way and gets injured instead. Komolika is also killed while Bajaj also falls squarely on the ground. Bajaj asks Prerna to give the same amount of land to Kuki as she will give to Sneha.

Bajaj dies while Mohini apologizes to Moloy. Later, Anurag and Prerna spend some quality moments together and get romantic with each other. Samidha comes and Prerna acts if she is crying and all three spend fun moments.

The story of Anurag and Prerna comes to a happy ending.

© Copyright tellybest.com, 2020, 2021. All Rights Reserved. Unauthorized use and/or duplication of any material from tellybest.com without written permission is strictly prohibited.
Cached Saved on: Tuesday 28th of September 2021 01:11:00 AM